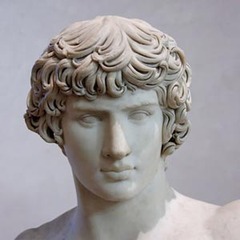 We’ve been through this before with a dilettante German archaeologist by the name of Heinrich Schliemann (1822-1890).

Proceeding methodically in calm defiance of the widespread belief in his time that Homer’s Iliad is pure fiction, Schliemann followed its every clue to the location of the lost city of Troy. Nine levels of successive building and destruction were to be eventually excavated at the site he located, illustrating the strategic and economic importance through the lost ages of this metropolitan tollbooth of Black Sea commerce.

With Plato’s Atlantis, we’re back at square one. Academic after academic, some entrenched and some self-appointed, line up to profess their skepticism, trusting in the venerated process by which so many have sealed their reputations as immovable pillars of modern material reductionism.

Plato had no plausible reason to lie to us about Atlantis any more than had Homer before him about Troy. It was Plato, let’s not forget, who established the Academy that would forge the mind of Aristotle, the founder of the modern scientific thinking the skeptics would have us believe they so stubbornly defend in dismissing Plato’s Atlantis.

On the matter of natural catastrophes, the only real absurdity in our interpretation of Critias is becoming increasingly evident in light of the frequent near misses both reported and projected of NEOs in the modern era: the possibility that there were no hits worth writing about over the 9,000 years covered by his remarks to those present at Socrates’ gathering. [https://en.wikipedia.org/wiki/Near-Earth_object]

The rational view based on the statistical inevitability is quite the contrary: we should expect anysurviving records spanning that much time to echo the direct sighting or at least the consequences and aftereffects of several major bolide impacts [https://en.m.wikipedia.org/wiki/Bolide], or at a minimum, of several natural catastrophes of any sort. And so they do, as Critias later recounts in Plato’s Critias:

“Many great deluges have taken place during the nine thousand years, for that is the number of years which have elapsed since the time of which I am speaking; and during all this time and through so many changes, there has never been any considerable accumulation of the soil coming down from the mountains, as in other places, but the earth has fallen away all round and sunk out of sight. The consequence is, that in comparison of what then was, there are remaining only the bones of the wasted body, as they may be called, as in the case of small islands, all the richer and softer parts of the soil having fallen away, and the mere skeleton of the land being left.”

Lest we fail to appreciate the magnitude of the natural catastrophe that Critias claims to have brought an end to Atlantian power in the Mediterranean, here is his description of its effects on Athens, far removed from the Straits of Heracles and further still from the putative base of Atlantian operations:

“Now the city [Athens] in those days was arranged on this wise. In the first place the Acropolis was not as now. For the fact is that a single night of excessive rain washed away the earth and laid bare the rock; at the same time there were earthquakes, and then occurred the extraordinary inundation, which was the third before the great destruction of Deucalion.”

Allowing ourselves the liberty of an admissible scientific interpretation that might be made to fit Critias’ description, we might posit a single or multiple concurrent mid-oceanic or ice pack bolide impacts raising vast amounts of water vapor into the atmosphere, which would then have rained down upon the Greek isles in such quantities within such a short time as to wash away most of their topsoil.

Earthquakes would have accompanied such a momentous impact, even if triggered by sudden extreme impact pressure through many fathoms of seawater, and “the extraordinary inundation” (as distinct, according to the account, from the catastrophic rainfall) would have been sure to follow in the form of enormous swells as they surged through the Straits and across the length and breadth of the Mediterranean. Meanwhile over in the putative Atlantis, the rainfall alone could have accounted for its overnight transformation into an impassable shoal of mud as reported earlier in Critias’ account, though similar swells could easily have coursed far up its reported connection to the open ocean in such a scenario.

On the matter of the substance behind the Atlantis legend as opposed to its value in making a point, the real absurdity lies not in our suspension of disbelief in the writings of Plato but in the idea that Critias would have had to concoct a fictional account of events in the remote past of Socrates’ gathering in order to present to them a morality lesson in collective hubris. On the contrary, we should expect Critias (and Plato) to have had rich pickings among real events for this purpose and moreover a preference for real events so as to make a morality lesson worth anything at all. Given that a morality lesson was part of his object and that he wished as might anyone so intended to make as strong an impression as possible, a fictional account makes no point at all, and among actual events, why choose a lesser over the greatest example of all?

So let’s put our rickety reputations (or lack thereof) aside and follow the clues that Plato left to us through the putative person of Critias, who has described in striking visual form such cataclysmic natural disasters through the ages as we either experience first-hand or narrowly miss on a regular basis today. The only difference today is that we’re aware of these near misses by near-Earth objects and of every volcanic or seismic catastrophe the world over, no matter how distant they may seem to those of us fortunate enough to have been thus far spared their impartial ravages.

This site uses Akismet to reduce spam. Learn how your comment data is processed.